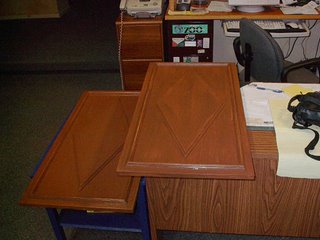 I recently worked on some built-in cabinets. Often times when I do this I bring the doors home to do at home. Typically I paint both sides of the doors so it goes faster if I can bring them home and work on them in the evenings to at least get the backs done.

These where white when I started out and so I primed them with a golden tinted primer first and then put on the first coat of a medium brown. Actually the color is a Sherwin-Williams color of Java.

There were four doors to do. The next step was to use another S-W color a dark brown called French Roast, then on top of that I used a light golden color. The end effect was to have them aged. After that I painted the center diamond and trim molding a distressed metallic. 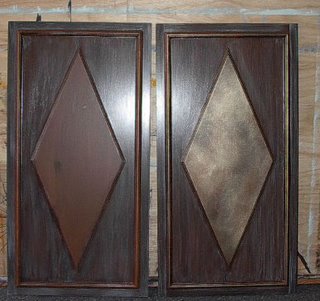 Here you can see with and without the metallics painted in. The next is a close up. 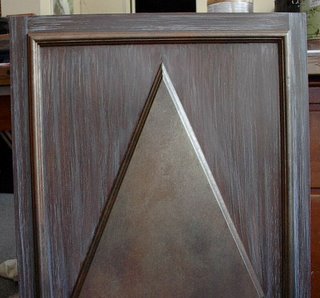