I have been working a new construction home this month. I am painting a lot of the big wood beams that will go into the home and then I am going to paint the 2 by 6 tongue and grove for the ceiling in the great room. I have been working in the garage and as you can see the wood framing indicating the drywall is not up yet.
The picture shows some of the painted beams and four big ones that just have the basecoat on. 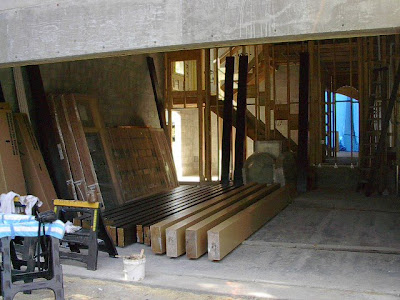 To paint the beams first I applied a primer, after that dried I applied a golden basecoat. Then I started to create the wood grain by painting the beams a medium brown with a wood graineffect. After that dried I used two passes of black both passes very light. I used two passes becauseI wanted it dark but would have had to use too much paint to get it as dark as I wanted with only one pass. The light passes of the black over the brown give it a lot of richness without seeming black. The beams look old but not distressed. 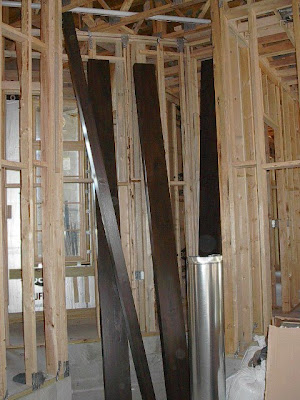