I just finished up another faux painting project today.  The home I worked in was built in 1925.  When the home was built it had a brick fireplace and bricks all around the front porch.  Through the years these bricks had been painted.  The new home owner wanted to get them back to looking like new bricks instead of painted white bricks.  At first the homeowner told me he tried to strip off the paint but could see right away that that was not ever going to work.  So faux painting bricks was the perfect solution.

Here is a couple of pictures that show the fireplace before and after.  The actual fireplace was a darker after I painted it but the flash kinda blew it out some. 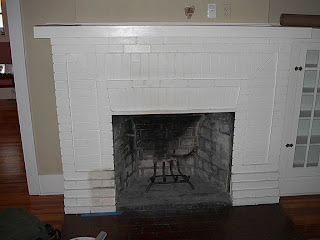 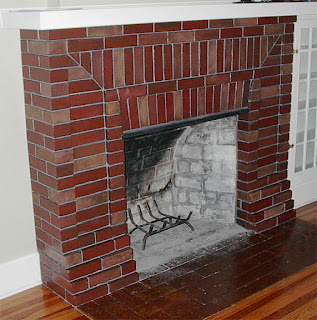 Faux painting the bricks on the front porch was a much bigger project.  I guess ideally the new homeowner could have waited to get the home painted but he wanted to start with the bricks so he could use that to help pick out the color scheme.
The first thing I did on the porch was to clean the bricks and then prime them.  Then I applied the basecoat color as you can see in the next two pictures. 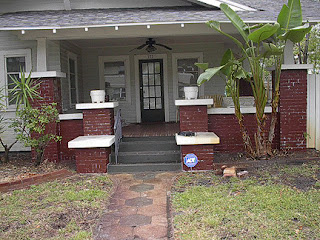 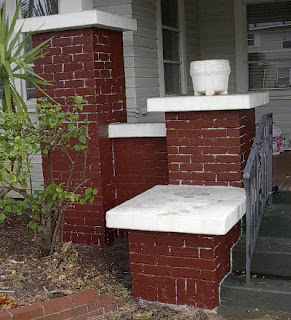 After the basecoat dries I start to paint in each brick using 3 other colors plus the basecoat color.  In order to have the bricks look authenic you have to employ a dry brush technique.  Each brick has all the colors in it to a different degree 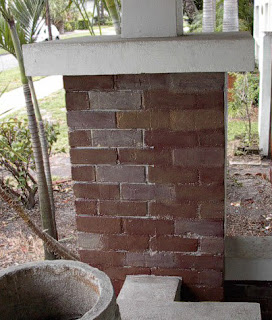 In the next 2 pictures you can see the completed bricks. 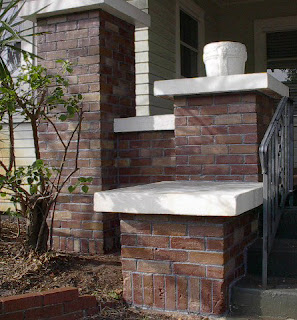 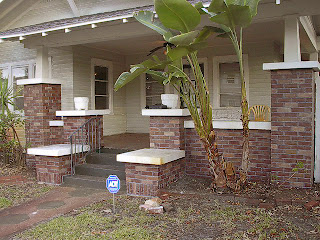