I revisited a mural today that I had worked on in June ( http://www.everythingicreate.com/2013/06/mural-repair-on-remodel-job.html ).  A brief recap is the wall of an existing mural had a major patch job as you can see in the first photo below.  So I repainted the bottom part of this section of the mural.  Well as these things go the homeowner asked me to add a little more to the mural (scroll down). 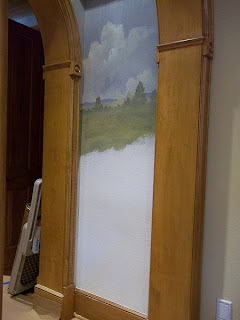 The completed repairs done in June. 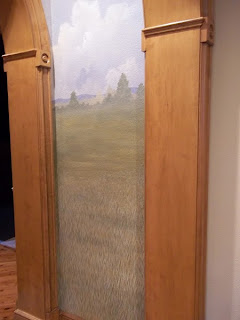 The homeowner had a little dachshund that had recently passed away.  This little dog went to North Carolina with them and played around a pond on the property.  As the story goes they kept trying to get the pet to jump in the water but he never did until one day he finally decided to as he was running around the bank of the pond barking at the fish.  The owner just happen to catch a photo of him in the air as he leap into the water.  He had a picture of the dog leaping in the pond and asked if I could paint that in on the mural, so of course I was happy to. 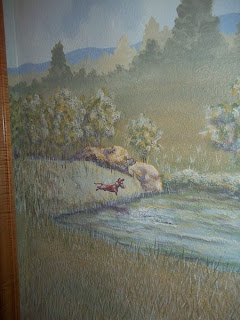 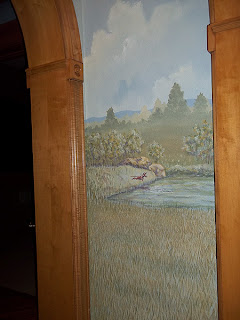