The large beams over the porch of this beautiful home needed to be refreshed.  It was quite the challenge to to even get to them in order to do the work. 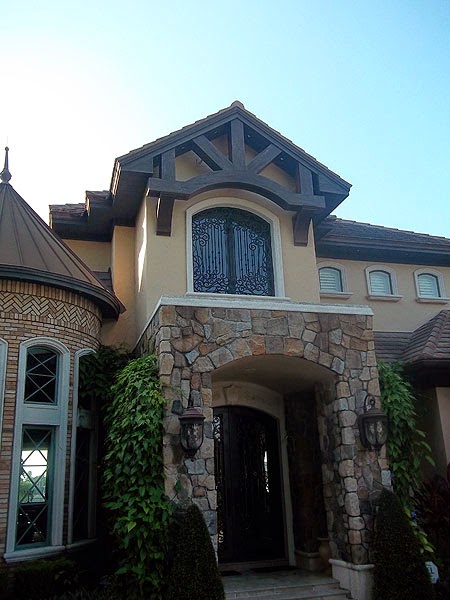 What happened was there was a vine growing up the side of the porch (you can see it in the picture above) and this vine grew so that it over took the beams.  The home owner had the vine removed from the beams and cut way back.  But what apparently happened was whoever did the vine removal got the sap from the vine on their hands and then was holding onto the beams.  So in the next picture you probably cannot make it out but there are ghost images of hand prints all over the beams.  The sap somehow ate into the paint and left whitish images of hand prints and smears all over the place.  I am talking about 4-5 dozen hand prints.  I have indicated some with the arrows and circles in the next photo. 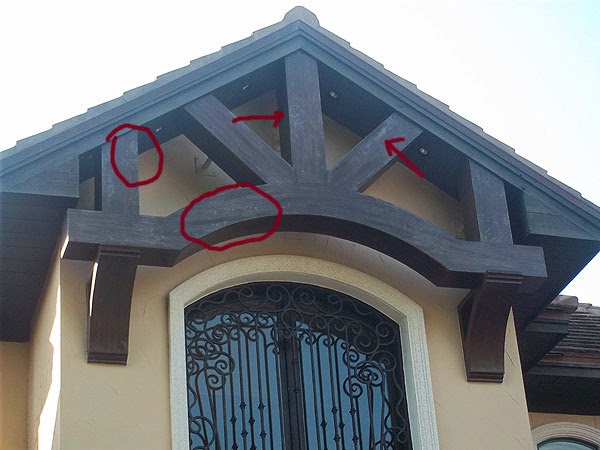 At first I tried to clean them off but no go.  Then I tried to sand them off but no go.  So in the end I had to repaint and refaux wood grain the entire beam structure.   I needed a 24 foot extension ladder just to get on the porch roof.  After that I used an eight foot ladder to reach the beam.  At times I had to place the ladder right at the edge of the porch roof, a little dicy but that was the only way I could reach the outer most parts of the beam structure.

In the next picture you can see how at this point I have scrubbed the beams clean and then primed them. 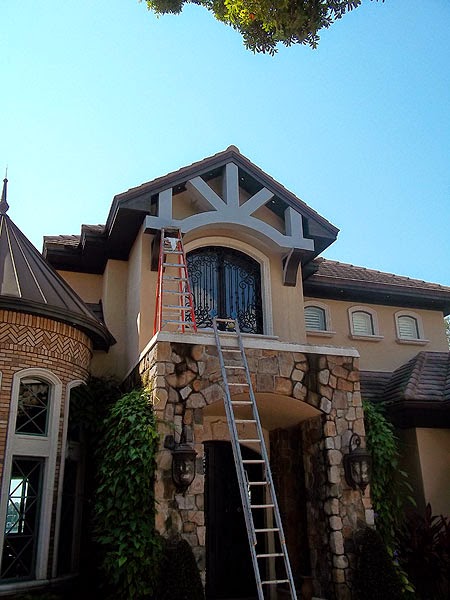 It's hard to get a sense of work but here are the finished beams. 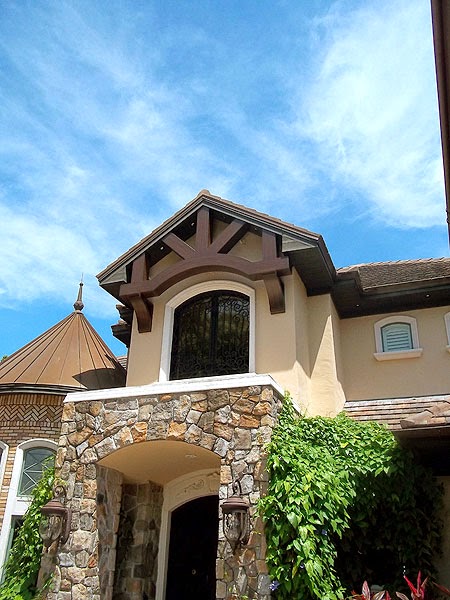 A little better look here in the next photograph.  You can at least see the grain pattern in this one,  no hand prints either. 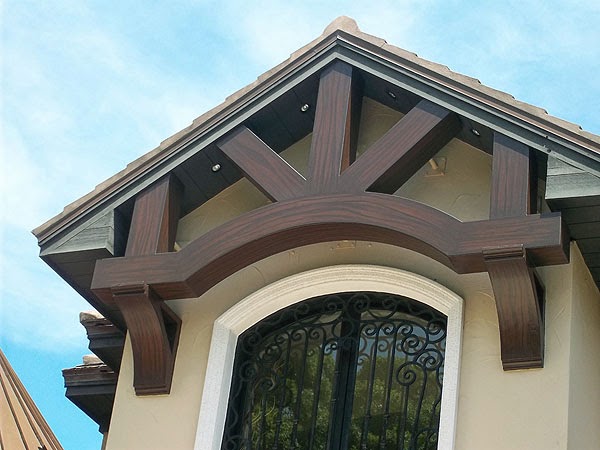