Painting A Wood Grain On Mantel And Beams

I am working on a big remodel job this week painting wood grain on some new wood work around the fireplace and living room ceiling.

With new wood the first step is the prime the wood, the second step is to then fill the all the nail holes and sand smooth.

The first two photos show the new wood around the fireplace primed and then with all the nail holes filled. 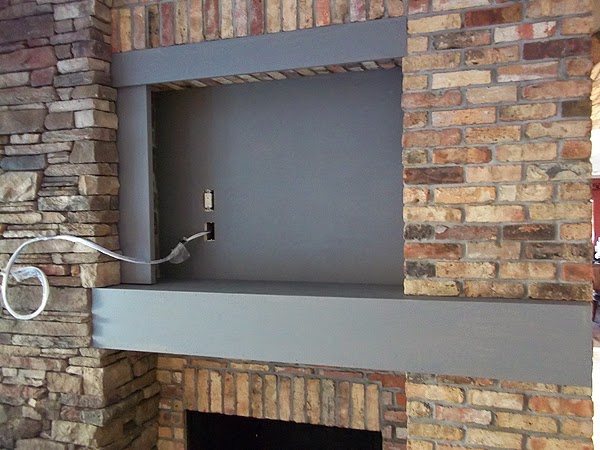 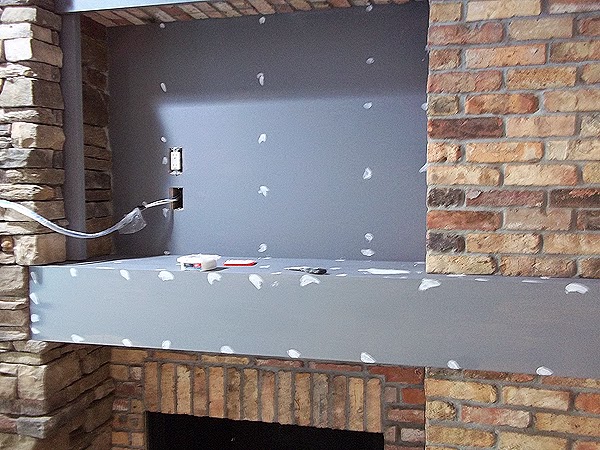 I then painted the base coat on which is an orange color.  That particular color was chosen because after I get done with the wood grain brown colors the result will be to have the wood be very compatible with the surrounding brick work.  The brick and the stack stone are new also.  If you look at the left side of the opening where the tv will go you can see an orange vertical strip.  That strip is actually the end of a pocket door that will come out and hide the tv when it's not in use. 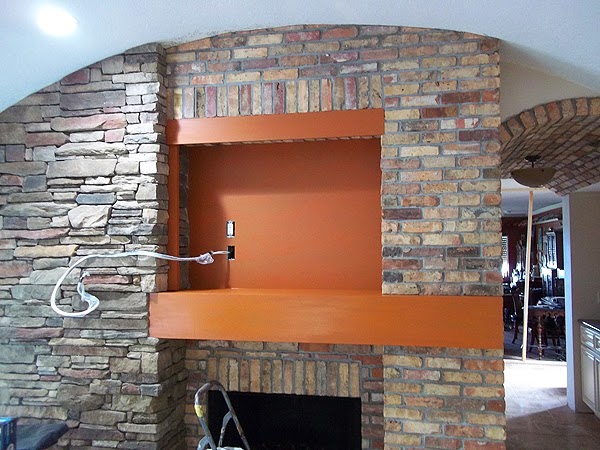 Another great aspect of this remodel is the ceiling.  This room had a flat ceiling to begin with and it was opened up and made to have a barrel type roll in it.  The ceiling in the hallway area off to the right of fireplace was also curved and given a brick treatment. 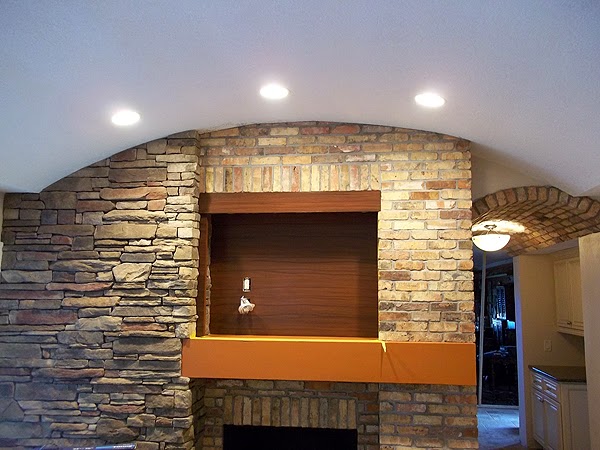 The tv/family room is off the kitchen.  The kitchen also had a flat ceiling at the level indicated by the white arrow in the picture below.  Then the ceiling was opened up and given this recessed barrel roll and then the brick was installed. 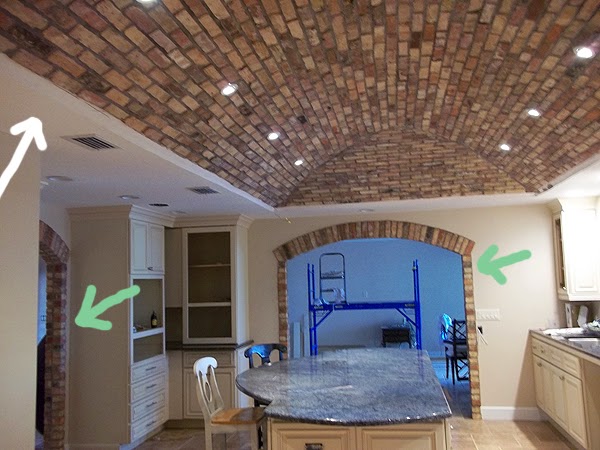 In the photo above you can see my blue scaffolding sitting in the living room.  The next photos show the beams that were installed there that I am working  also.  This ceiling was also opened up.  It originally was only a flat 8 foot ceiling.  Then it was opened up and given a vaulted treatment and the center of the ceiling is now 11.5 feet high.  The same steps are done here also, prime, fill nail holes and then apply the base coat of paint.  I hope to get a lot of the actual wood grain painted tomorrow. 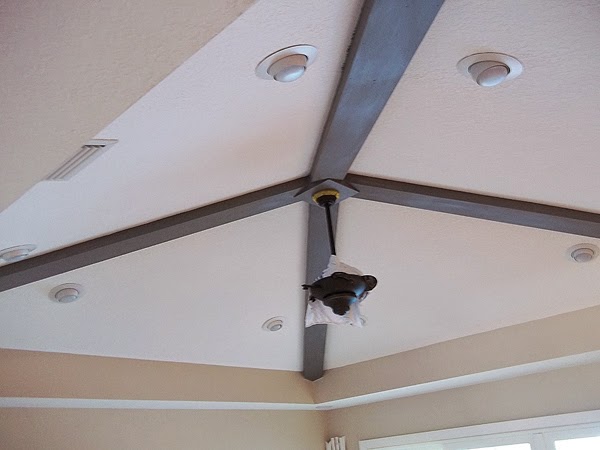 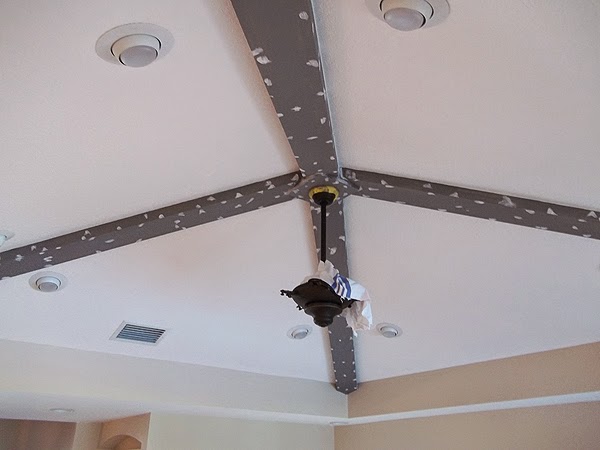 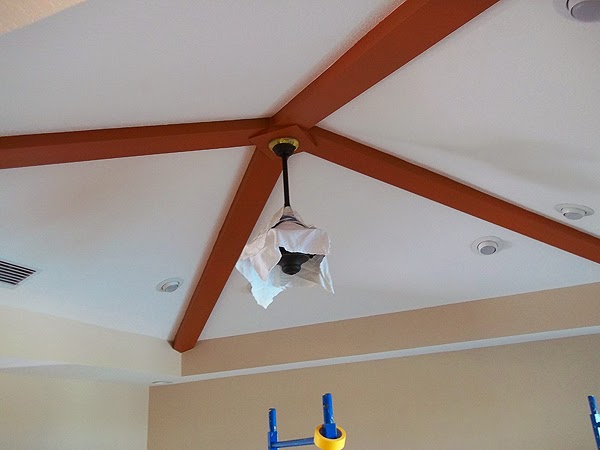