I do a lot of different things for people.  This past week I did a repair on a funky sculpture.

Here is what it looks like.  I wasn't thinking about making a post on this job as it's just a little almost side thing I did.  So I had already but the neck and head back onto the body of the bird before I thought about taking a picture.  You can see the white band at the base of the neck is where the whole thing broke off.  So when I got it the bird was in two pieces, the body and stand was one part and the neck and head the other part. 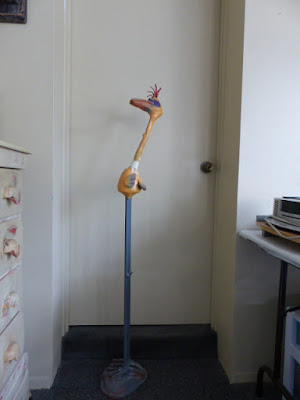 So what I first did was to drill two small holes on either side of the neck and body so I could insert metal pins that would go into both pieces.  Then I used a two part epoxy cement and made sure some of it got into each hole, inserted the pins and held the neck onto the body until it set up enough to let it rest by itself.  The epoxy really did the trick, the next day it was totally stuck on. 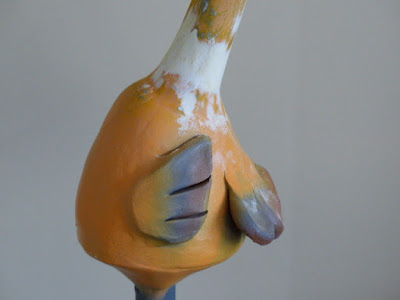 This next photo shows the front part of the break.  That's where most the damage was done.  Some pretty big pieces broke off so once the epoxy dried I used M & H ready patch to fill in the gaps.
I had to apply it in a few layers because of how much of the original sculpture had broken off.  Once that dried I sanded it smooth and you can see the result. 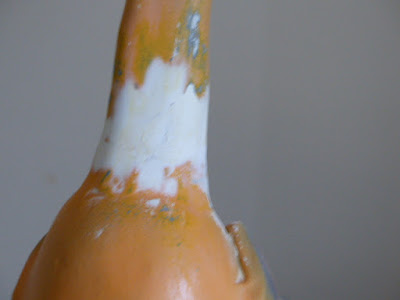 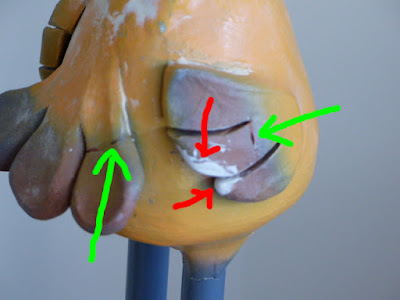 Apparently what happened was the homeowners got a new puppy and the dog jumped up on the piece and knocked it over.  The neck also had three cracks (red arrows)  the green arrow being where the neck separated from the body. 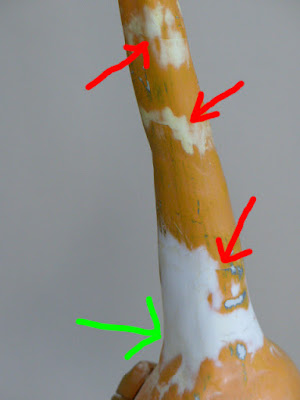 The next photo is a few of the pieces that had broken off at the main separation point, you see some where fairly big and with no chance of actually using them again I turned to the M & H to fill in and rebuild. 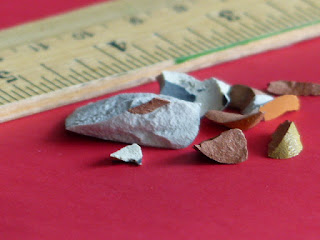 The following series of photos shows how well the repair came out.  After I painted it to match you absolutely can not tell it was ever broken apart. 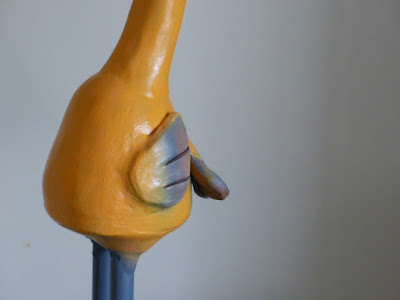 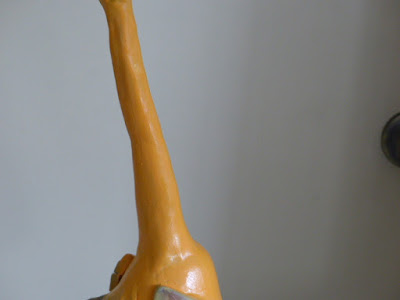 Just look where the feathers were broken off, you can't even tell at all. 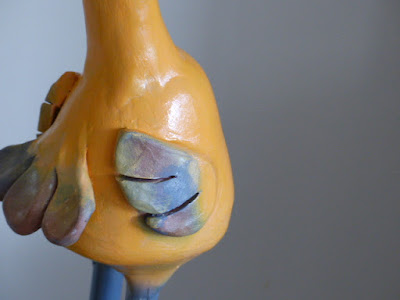 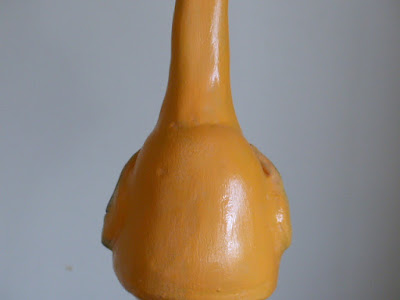