To make the job more a challenge the beams were constructed in a ceiling niche.  They are each about 24 inches high by 15 feet long and 6 inches wide.

The first step was to fill all the nail holes and caulk the seams along the ceiling and sides of the niche. Then I primed the piece.  The white arrow in the photo below shows where after I had primed the beam part of the top ply of the wood used separated and I had to cut it out and fill the cavity.  It happens. 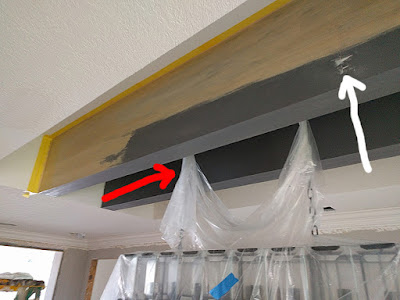 The next two photos show the first side I created the wood grain look on. 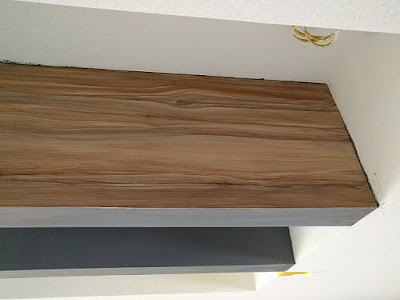 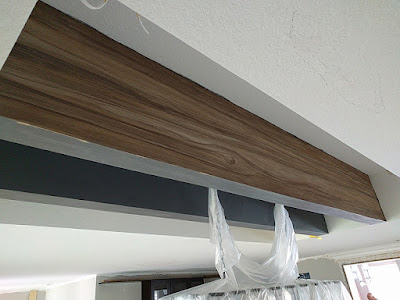 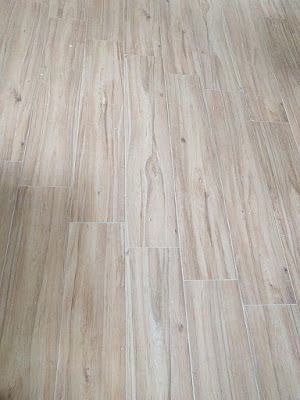 The next two photos are of the other beam on the outside of the light area.  I will next try to paint between the beams and hope I have enough room to get in there to properly work the space to create a good wood grain.  If not the light fixture has to come down. 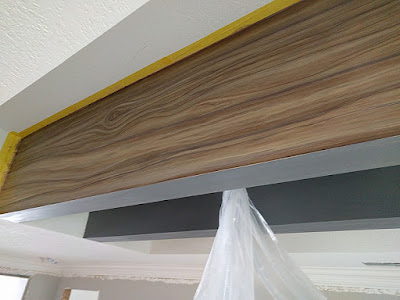 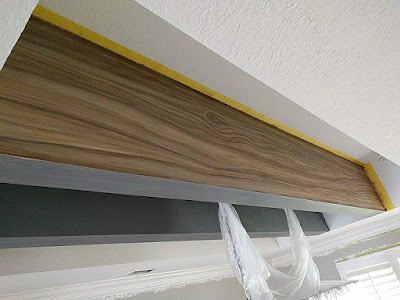