I finished up a project this week and it's a little different than the garage doors but still painting a wood grain.  This was a major remodel for this home.  I mean totally gutted the home and rebuilt the interior.  Looks great too.  One of things they did was make a tray ceiling in the living room and then build these beams in there.  Each beam is 15 feet long and 15 inches deep, 6 inches wide.  They are set 20 inches apart with lighting between them.

Here is a photo of the setup.  The beams were framed out and then using drywall boxed in and smoothed out with joint compound.  In the pic I have taped them off and primed four of them with one to go.  I have the lights on for this pic but did not work with the lights on, it's way to distracting to do that. 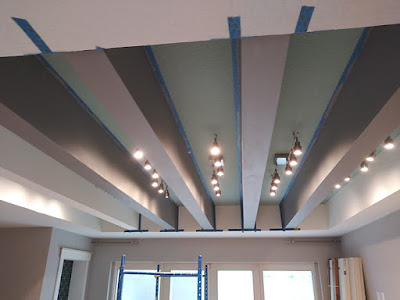 The next photo shows my setup to get the job done.  Also the idea was to paint the beams to match the wood flooring which is in the range of the grey tones which you can see.  In this pic I have already gotten some of the beam sides done.  A big challenge with the job was the lighting between the beams.  I cut the handles off my brushes so I could get in that space and move the brush back and forth without hitting the lights. 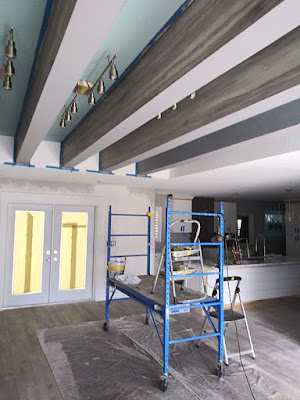 Here are two closeups of the work.  They really came out great, might be the best ceiling beams I have ever done. 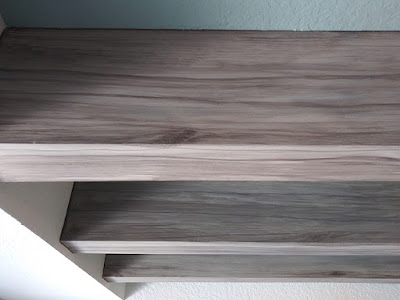 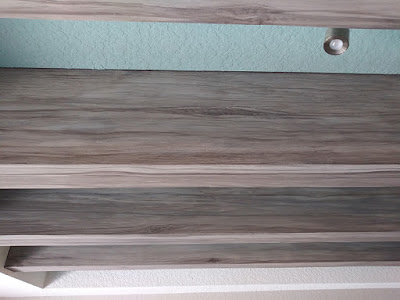 It was really hard to get a photo of the completed job, the next two are the best I could get. 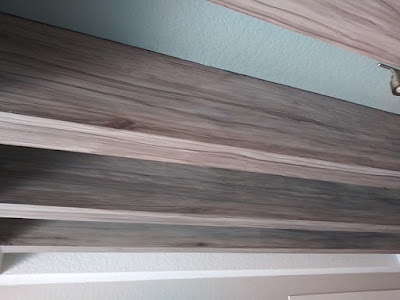 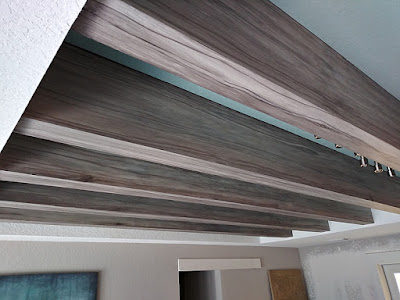