I completed a project this week where I took 5 ceiling beams constructed with drywall and painted them to look like rustic wood beams.  Each of the five beams is 12 feet long and 20 inches high with a width of 6 inches.

It is really hard to photograph something of those dimensions so this first pic is one end of a few of the finished beams. 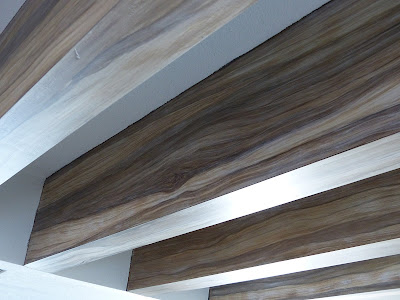 This project is part of a much larger remodel going on.  The beams were created by opening  up the ceiling and creating a recessed area.  Then the beams were constructed  and I came in at that point to paint them to match the rustic, wood looking ceramic floor tile that had been installed.  The cut out in the ceiling to the left of the beams in the next photo is where the speakers will go. 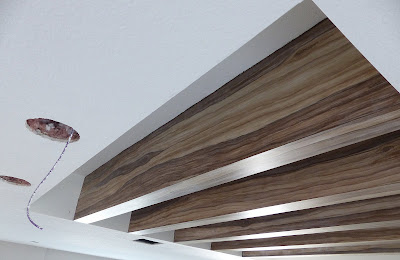 The next two photos are portions of the beams.  They came out really great and everyone is super happy with them.

This next photo is after I primed the beams. 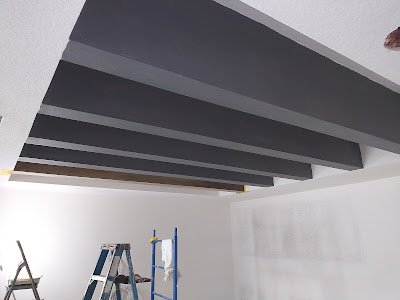 Then you can see how I got started on the project. 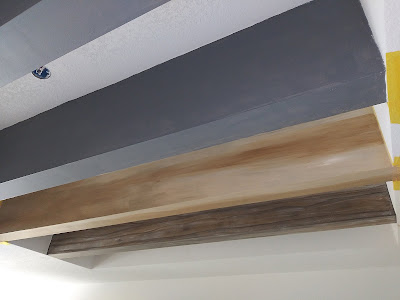 Here is my setup. I used my baker scaffolding and my six foot ladder to get the job done.  I also use a small step ladder on the scaffolding to hold my paint tray. 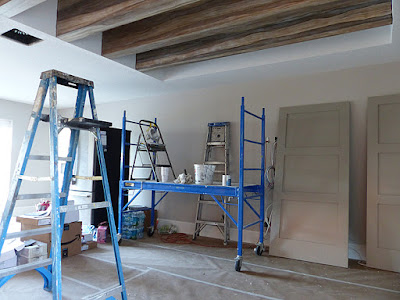 A last look at all 5 beams.  On the far left you can see a cut out.  Those cut outs are centered in the spaces between the beams.  Lighting will go there to light up the beams and create ambiance in the room. 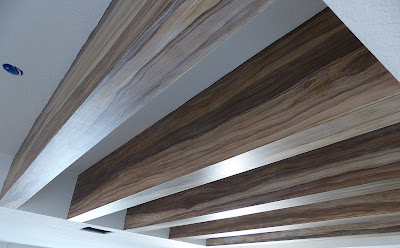